Cracow is the most famous city in Poland and most frequently visited by tourists.

It is a former capital of Poland, a city with over one thousand years history and also the coronation place of Polish kings. During the tour, you will visit: Old Town, Jewish Quarter – Kazimierz, former Ghetto as well as Schindler’s Factory. All these places are inscribed on UNESCO World Cultural Heritage list. Each tour is available in two versions: short one (0,5 h) – basic sightseeing, and long one (1 h) – extended sightseeing with the possibility of visiting the monuments individually.

The sightseeing takes place by electric car equipped with an audio-guide, that will tell you the story of the monuments seen on the way. Tour is available in the following languages: English, German, Norwegian, Spanish, Italian, French, Greek, Russian, Ukrainian, Finish, Swedish, Dutch, Korean, Chinese, Japanese, Slovakian and Czech. Our vehicles are provided with transparent waterproof curtains as well as heating. During winter, it’s possible to go on a tour by a mini-bus. 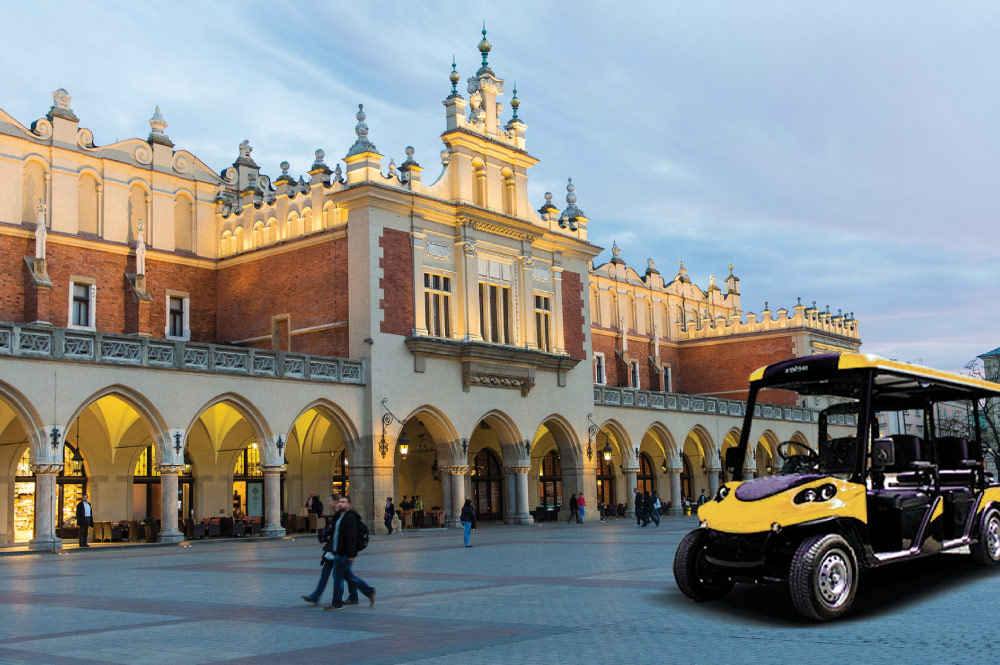