The Divine Mercy Sanctuary in Łagiewniki is connected with the life and work of Saint Faustina Kowalska, the propagator of the Divine Mercy cult. Since 1940 the tomb of Saint Faustina as well as the paining of Jesus the Merciful are a pilgrimage site for the believers who experience numerous favours. After the beatification of Sister Faustina in 1993 and then her canonisation in 2000, the Sanctuary started to develop dynamically. It was visited twice by the Pope John Paul II in 1997 and 2002 and later by the Pope Benedict XVI in 2006. The Sanctuary complex consists of a chapel with the relicts of Saint Faustina, two-level basilica with a 77 metres high lookout tower, 5 chapels in the lower part of the basilica and the Chapel of Perpetual Adoration of the Blessed Sacrament. Not far from the Sanctuary a John Paul II Centre “Have no fear” is located – dedicated to life and work of the Pope John Paul II. Many exhibits connected with his papacy can be admired in the museum. His relicts – an ampoule containing his blood was placed in the lower chapel’s altar on 12th of June 2011. 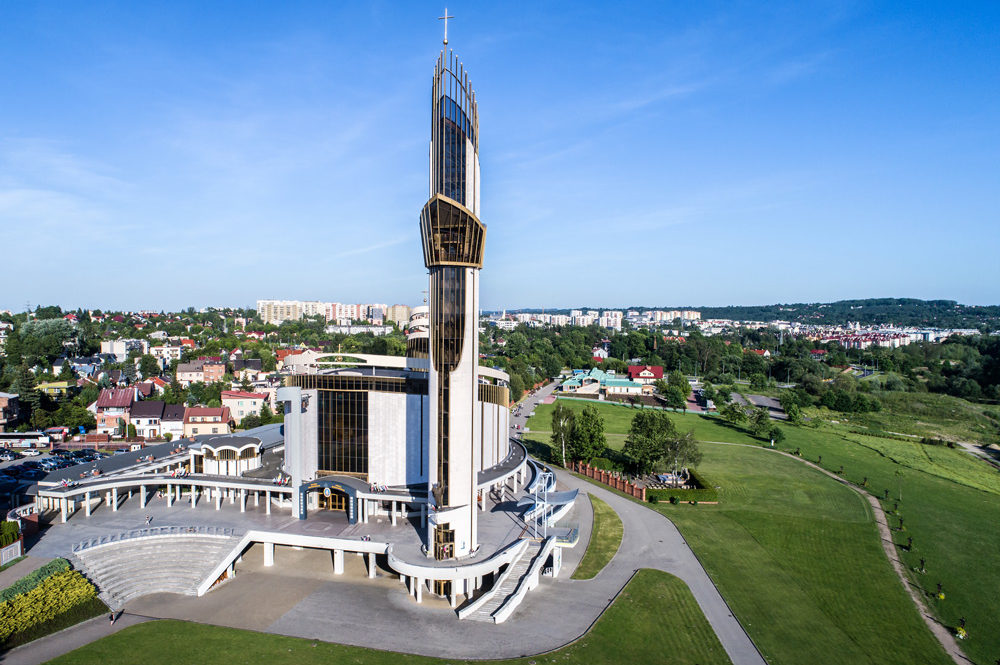